When I publish iOS, the Android version name and version code is incremented.

When I publish Android, the iOS version number is incremented.

Work around for now is adjusting the number manually each time. 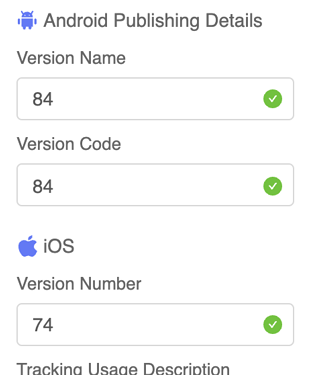 Sounds like that’s not your use case. I can add a feature request to increment the project number specific to the platform you’re on which your publishing