I’m especially excited for the Weekend Design Challenge this week because it’s the second of our “Show and Tell” style challenges.

So, what have you been working on? If you’ve made some progress on that app you shared last time - then please update us!

Has your app hit any cool milestones in terms of downloads, user numbers, revenue targets? Feel free to share them below.

Do you have an idea for an app and want some encouragement from this incredibly supportive app-building community? Then leave a comment and we will definitely get back to you!

If you’re still a bit uncertain of the format this week, just check out the previous “Show Thunkable” #wdc and hopefully it should make more sense.

It’s Friday, so it’s time for another #wdc, but (as we recently announced) this time we’re turning the tables Rather than have us tell you what to build with Thunkable we want YOU to tell us what you’re building with Thunkable. There are three ways to participate this weekend. 1. Use us as an Accountability Buddy! If you’ve been putting off working on your app for a while, or of you have a looming deadline then simply reply below with what you’re going to build. For example: “This weekend I’…

Summary of projects should go here on Monday

Hi everyone! I’ve been working hard to simplify my Photo Journal app that I shared a little while ago as a WDC.

I think a video probably demonstrates it best so here you go: 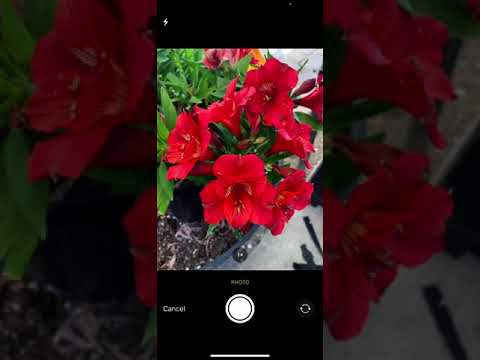 A lot. I switched from Firebase to a local DB (database) for storage. It’s much, much faster now and it should even work offline. I’ve also cleaned up the interface and tried to make it look a little more professional. I’ve also reduced the number of blocks significantly and changed the app from about eight screens to just two main screens and a couple auxiliary ones.

There’s no longer a sign-in feature but since everything is stored locally, there’s not much need for that. It’s a single-user app for now.

Can I beta test it?

Thanks for asking! Yes, I do need people to help test it. If you’re interested, drop me a private message and I’ll add you to Test Flight or share the .apk with you.

Is it just called “Photo Journal” or does it have a better name?

Thanks for asking! I know, I know, that’s not much of a name. I’m hesitant to tell you what I named the app because… it’s so bad. “Memages.” Like memories+images. Bad, right?

This is an app looking for a name so if you have any ideas, please share them with me!

What else are you going to add to the app?

I’m thinking about themes (light, dark, graphic backgrounds) and the ability to backup your data to the cloud. There are similar apps that allow you to select a mood symbol for each day and I’m on the fence about whether or not I want to include that. But I’m open to suggestions.

Wow! This looks cool. I’d love to beta test it, but I don’t have any iOS device, so tell me when it’s ready for Android!

I especially love your customized bottom tab navigator, how did you get the icon in the middle that juts out at the top?

I’m thinking about themes (light, dark, graphic backgrounds) and the ability to backup your data to the cloud. There are similar apps that allow you to select a mood symbol for each day and I’m on the fence about whether or not I want to include that. But I’m open to suggestions.

These seem to be some cool ideas for new features!

OK, here are a couple of cheesy name ideas:

I especially love your customized bottom tab navigator, how did you get the icon in the middle that juts out at the top?

Thank you for the compliments!

The bottom + icon is just a button with absolute position, bottom EdgeOffset and a higher z value. I’m using the snap-to-place legacy interface.

Also, it’s working in Android now that I removed the loading icon so I can share the .apk with you soon for testing.

@tatiang your app is amazing.

Plus, I like the name. It may sound bad… but it’s creative

Yeah i agree @human the name isn’t perfect but it is creative.
Anyways @tatiang i’d love to test your app.
Is it still avaible? ,
Good luck on your project!

I am still working on my app designed for couples called MyRelationship.

The MyRelationship app is created for couples to be connected via a database and see everything the partner is adding to their account such as comments, ratings or events to their timeline.

In the timeline they can observe, look back and create events that they had experienced with their partner. This helps remember memories and events.

Other important feature of the app is the daily challenge where using a “date wheel” the partners have to accomplish different actions and challenges.

In addition to that, you can see how long the couples had been together for in different formats like in days, in months or even in seconds.

The app is quite user-oriented since users can select their profile pictures, wallpapers, customize nicknames.

Beta testing will start soon, probably this week, so if you want to test out the app and give your opinion, sign up using this form! Thanks!

Whew! I’ve been working a lot on BookARead, which I shared in the last WDC. I feel that it will be absolutely ready for use in my community in a week or two.

Backstory:
I always found it hard to sieve through books and find the book that a friend wanted to borrow, and my friends found it hard too. So, I created BookARead, an app to help you lend, borrow, add, rate, favourite, and search for books.

I’ve made a lot of changes:

Many thanks to @muneer, @tatiang, @catsarisky, @manyone and loads more for all the help they have given me with this app. Fingers crossed so I can release it for my community next week🤞

you are making a cool ui keep it up

I have been working on a notepad app

, which helps edit files with text inside of them.

How are you saving to device? Is that just local DB or stored variable storage? Or can the user actually export the text file from their device after saving?

The save function saves it inside of app on local storage and the save to device gives you a download link.

Hi Can i Post My Link OF My chat app Its ready to work
?