Just 40 sounds and not more on Live Preview

Hello everybody, i have an issue with sound, here is my test app 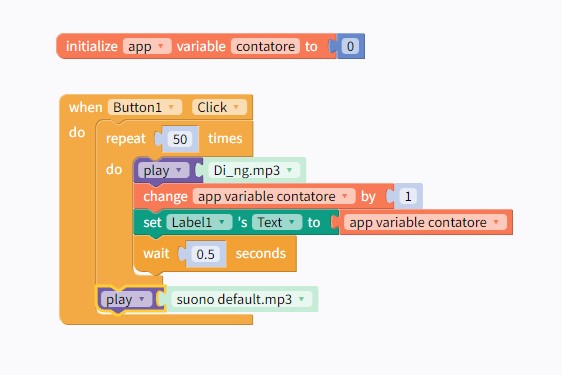 It works fine on Web preview but, on Live, the sound is reproduced only 40 times, then the phone is muted for the remaining 10 times, and also does not play the final default sound outside the loop. I tried many times and always the same, muting after 40 sounds. Is there a way to solve this?
Thanks in advance

What is the duration of the Di_ng.mp3 sound file?

What happens if you repeat the loop 39 times? 40 times? 41 times? Just wondering if there’s something special about 50. It should work of course! Just trying to troubleshoot where the issue might be.

I wonder if there’s a memory issue or a data caching issue of some sort but probably only Thunkable Staff would know about that.

Hiii
Di_ng sound has a duration of 1 second.
I also tried like this 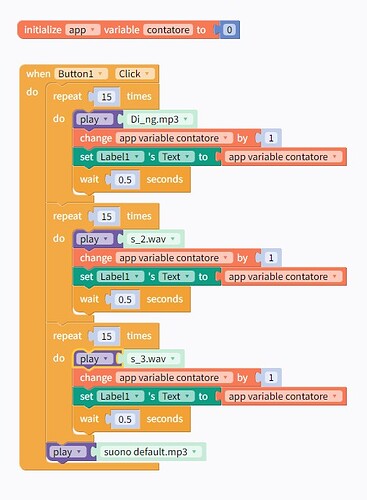 that is, 3 different sounds, each played 15 times. Then again, on Web preview all goes fine, including the final sound outside the loops, while on Live (Samsung Galaxy S20 ultra) first two sounds are played correctly (so, 30 playing events), while the third is played just 10 times (total: 40) and then nothing more, including the final sound. Seems like the device can play up to 40 sound events in total and no more. I’m perplexed.
Here’s the test project
https://x.thunkable.com/copy/6d0d60b285907584022f56693b07621d

Hmm… the sound plays all 50 times on my iPhone 11. Sorry, I don’t have an Android phone at the moment to test this with. 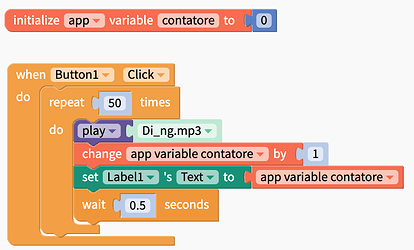 Thanks for testing, at least we know that on iOs the issue isn’t there. Btw, i tried with a different Android device (Oppo), downloaded the latest Thunkable client, and same issue: 40 sounds and nothing more. Any help?

No one has a solution? Is it a bug? Staff?