Does anyone have any ideas for iviting this?

I’m experiencing the same issue across all my projects. Has this been resolved?

@carlinmclellan please notice that this topic is 8 months old.

this issue is going on Thunkable live app too and the PC too. I experienced the same issue but when I removed a component it was gone.

If I download the Drag & Drop example I posted above (Thunkable) and open it on my iPhone, it shows 1 on the initial screen, then 2 when I tap “next” and then 3 when I tap “back”. This indicates that the screens are only loading once as expected.

What happens when you do the same with that sample project?

Also, can you explain how you know that a screen on your own project is loading twice? Post a screenshot of the blocks you’re using with “When screen opens” or “When screen starts”.

I’ve just recreated from the blocks in your project and it indicated the screen wasn’t opening multiple times. The issue seems to be with the animation itself. I’m using a .json I downloaded from Lottie. But I’ve run into this issue every time I’ve used animation in my projects.

I took a short screen recording to demonstrate the problem. 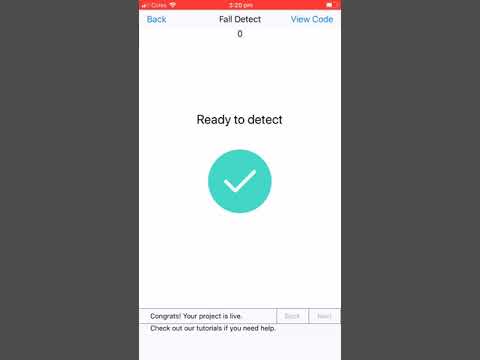 It appears the animation starts half way through. It then repeats. Loop is set to FALSE.

Yes, I see that. The video is helpful. Any chance you can post a link to that project so I can take a look?

Hello @carlinmclellan
Check this post.
I think it is reporting the same effect as you are describing

If I set the background picture of a column to a GIF, it plays only 2 times, and that’s all. I want that it plays only one time. I have tried this way as well, but it didn’t work for me, any idea? [image]

The invisible column confuses things a bit during testing so I made it visible. I also duplicated the animation component and pulled the duplicate out of the column for comparison.

When launching the downloaded app on my iPhone 11, each animations plays once.

Your screen open count isn’t going to work at all because you are using app variable open count inside of a block that expects a variable text string name:

When it gets evaluated by the compiler, it substitutes the value of app variable open count (which is 0) and tries to change an app variable called “0” by 1. That variable doesn’t exist so it fails.

To get it to work, you need to use this block:

After fixing that, the app variable open count displays as 1 when launching it on my iPhone.

Thanks tatiang, that’s good to know!

Hmm interesting. On my iPhone 6S it is playing twice and just seems a bit slow and glitchy in the playback. Does the animation seem sluggish at all on the 11?

No, I didn’t notice that.

Hi @carlinmclellan - do you mind DMing or emailing me a screen recording (we like to use Loom!) so we can see exactly what you are referencing?