Every time I test my app, after about 10 minutes my app’s map starts to go crazy, the zoom keeps moving out of control and even when I try to stop it by tapping the screen it continues to go crazy. it does this for about 1 min in my testing and has happened to me multiple times when testing.

Here Is a Link to the video of what’s happening: Thunkable Bug - YouTube 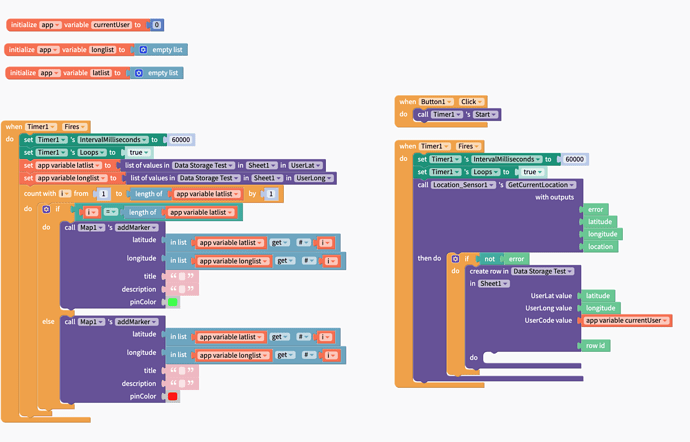 I have the data being sent to a google sheet, which looks like this: 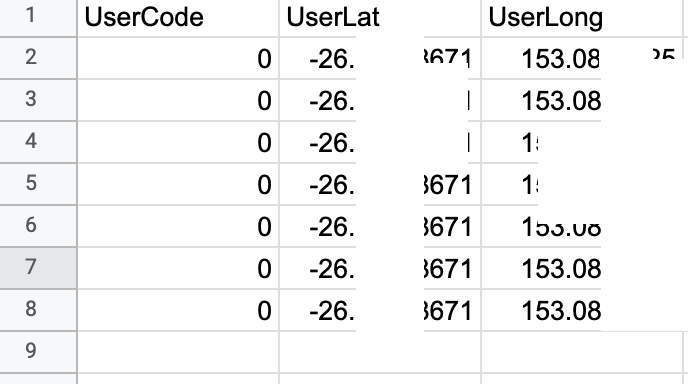 I apologise in advance in case this is something that is my fault for coding something wrong.

You have two timers firing every 60 seconds at the same time. One timer loop creates a row in a data source and the other timer loop sets variable values based on the list of values in that data source. So I would expect that to be unpredictable. I don’t know if it’s causing the issues you describe but I would recommend staggering the timers so that the “create row” block timer runs first and then shortly after, the “set… list of values” block timer runs.

In fact, is there a reason you need two timer loops? That seems like a recipe for disaster to me. Just combine them and make sure that the blocks happen in the order I mentioned. Probably the best way to do that is to put almost everything in the “set… list of values” Timer event/section into the “do” section of the “create row” block: 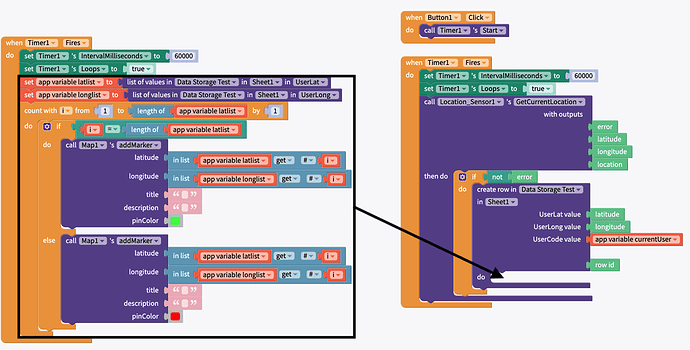 It was also happening before I added the timers though, but I will try what you have said and see if it fixes the problem.

I have tried multiple ways of including the ones you suggested, for now, the buggy map element has gone away, but the timing of everything is inaccurate, even when I keep the timers the same or change them, so I will have to do some more testing.