How do I get up-to-date/live data from Google Sheets?

I’m struggling to finish my jokes app for WDC #27. I can’t consistently get the Google Sheets blocks to work.

When I click the Like button, what should happen is that it should get the current value from the likes column for that row id and then add one to it and display both the original value and new value.

But instead, it updates the cell value (e.g. from 0 to 1) but when displaying the two values in the Source label, it shows “0 =? 0”. The two get value blocks are copies of each other so they should get the value 0 at first and then the value 1.

I’ve tested this in Preview, in Thunkable Live and as a downloaded app on an iPhone 11. The two custom functions just show/hide labels and get Sheets values. They don’t set any variable or Sheets values. 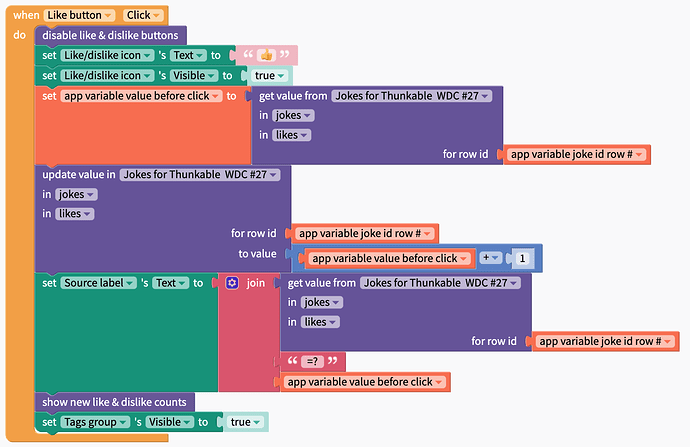 Get value from Google Sheet not updating properly

I always face issues with Get Value block. It reads from cache and therefore will not see the update unless you close the app and open it again.

I use Get Row Object instead.

Thanks, @muneer, I’ll try that instead.

This isn’t directed at you but… I really wish Thunkable would disable blocks in the interface if they don’t work properly. I spent so much time troubleshooting this thinking I had done something wrong.

That would be a good way and saves a lot of efforts. In some circumstances I doubted my codes and thought I am doing a mistake that I can’t see just to discover that it is purely a malfunction of the block itself.

I responded in Github but wanted to follow up here too. I have raised this as a bug internally and we will follow up when we have more details. Thank you for bringing this up and your above suggestions. They will be taken in to consideration for future updates.

Turns out it’s also not updating the values when I use the get row object block.

also not updating the values

I just made a quick test and it worked for me 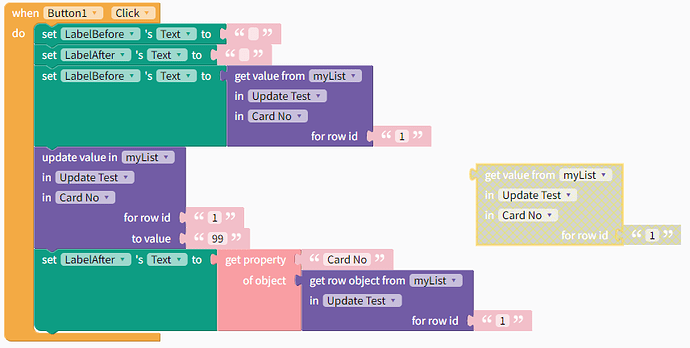 This is the output 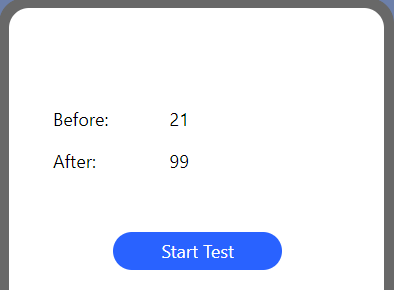 It looks like the issue is not limited to Google Sheets. The Get Value block is also not working with Airtable in the DnD interface.

not limited to Google Sheets.

Yes, the block itself retrieves data from cache instead of actual table.