This simple code crashes both Thunkable Live and downloaded apk and even published apps.
Happens randomly, not always… but I’ve noticed it happens often on Android 11.
This is a serious bug that is causing me problems with clients because I use this in a lot of apps. 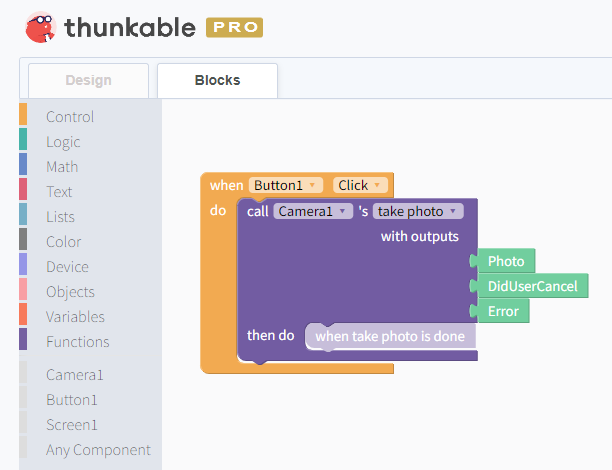 @Jared_Gibb maybe this is the same issue that happens on iOS 12.5.5 that we discuss here: iOS error on camera open 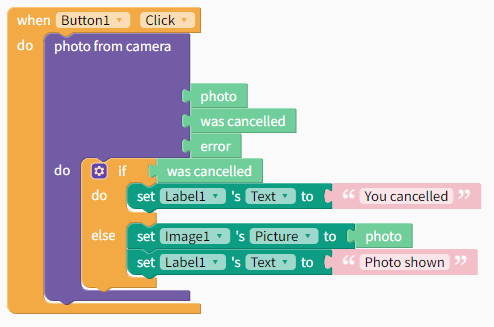 Can you give a rough idea of the rate of failure you are experiencing?

Please note that this is a DnD project and I was testing with an Android mobile.

I just created a new project DnD too, as my original project is not DnD… and it also happens.
I guess something around 30% to 40% of failure.
In one of two tries, occurs: Video

Please note that I’m testing on a mobile running Android 11… when I was running on Android 10 I didn’t have this issue.

In one of two tries, occurs: Video

Your video is not shared.

testing on a mobile running Android 11

My mobile is running Android 12.

Can you share a minimal example and detail the device modem , OS version,

Also please ensure you’re using the latest version of the companion app by going to the App Store and finding the Thunkable app to check for updates.

Your video is not shared.

My mobile is running Android 12.

According to Google crash reports, most of the occurrences are on Android 11.

Can you share a minimal example and detail the device modem , OS version,

My device is a Redmi Note 11 with Android 11, but other devices has this issue too like Motorola moto g(7) play, Samsung Galaxy M01s, Samsung Galaxy A32, Asus ZenFone Max Shot (ZB634KL)…

Yes, I’m using the lastest version of Thunkable app, but as I said, it also occurs on downloaded and published apps.

Can you speak to what version android those devices are running?

I known you have quite a few downloads per our DM’s. Do you have an idea of what % of users are experiencing this issue. I’ll see if I can emulate the device today on my computer to replicate the issue.

If I’m correct about the error that Google reports is logging, is about 7%.
I’m not sure if this issue will appear on emulating, but thanks for give it a try.

None yet. I’ve been unable to reproduce this on my own device. I’ve reported this as a bug. Hopefully we can help you get this sorted out.

Are there other Thunkers out here experiencing this issue?

I’ve reported this as a bug

Thanks a lot, I hope this doesn’t take too long.

Hi, any updates by now? @Jared_Gibb

There are no updates on this yet. Unfortunately other issues have taken priority over this one at this time. I’m guessing that when there is appropriate bandwidth, the issue will be resolved. At this time, we have a very small portion of users reporting this. (Just you at this time from what I can see) and we are unable to replicate the issue thus far. This creates issues in then fixing the issue.

We will touch this again when an engineer has the bandwidth to do so.

I appreciate your reply and I understand that the scenario is very specific… I can only reproduce it, with a real device (not emulator) running Android 11, but it’s having me a lot of trouble with the client.
I just test it again and it persists.
Thanks anyway.