This is rather exciting:

Obviously, we’ll need more than one version per project to make this meaningful in any way so I hope that’s just a temporary restriction.

After creating a version: 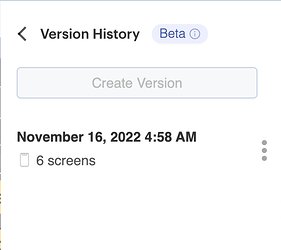 It would be nice to be able to name versions.

The three dots menu includes the ability to save a version as a separate project. 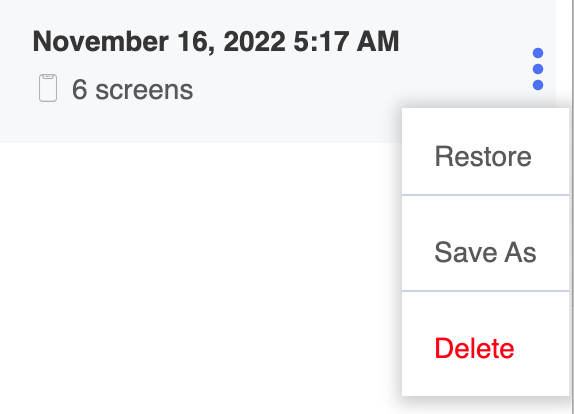 @tatiang Glad you are enjoying versioning. We appreciate the feedback. Right now, this feature is available to our Pro users and above. If anyone is seeing anything or has feedback for versioning. Let us know!

Versioning is available to our Pro, Business, and Team creators. Pro plans allow for one version per project, and Business and Team plans allow for ten versions per project. Overall storage limits remain the same and each saved version counts towards the account’s limit, meaning if a creator makes one version of a 50MB project they will be using 100MB of account storage.

This is really disappointing, @conroy @domhnallohanlon @wei Storage limits should not be impacted by version history. If I make a 50MB project and have a second version, it shouldn’t count against my storage limits because I really only have one project at that point. It’s not like I can publish both projects… only one is viable at any given time, correct?

And a single version history is only very slightly better than no version history at all. I really don’t understand this decision from a business standpoint. I would think you would want customers to be excited about new features and this just feels like a very limited version of something that could be amazing.