Part of my mission leading up the front facing part of Creator Success at Thunkable is to make sure we’re all in the know! Starting this month, and as we move forward, I will be keeping the community up to date with releases for a variety of reasons.

One of the most important is so that we keep you all aware of what’s new and what’s been fixed. The reality is that it can be hard to follow up with everyone for every issue, BUT we want to report on these things when they get fixed. This helps keep us accountable to you all and let’s you know when

Another reason would be we want you all to be aware when new features release!

Fix headerMode none for stack nav on webapps

Fix scrolling of DVL on scrollable screen on Android

Hi Jared, can you please provide examples or update the online documentation to reflect this?

Hi,
I’m interested to buy a team pro paid plan but have a few question about certain contradicting sections of Thunkable Terms and Conditions. Is there a customer support phone number? Who should I discuss that with? Thank you so much in advance

When will the new iOS download feature be released/unpaused?

As I am working on converting my app to DnD, I have found issues with the Relative to Device and Relative to Screen settings. I have a screen with a bottom group of buttons. These buttons are only visible to subscribers to the app and, when the screen loads, they should be loaded invisible until the screen is done loading. If I use Relative to Screen, they are hidden until the screen gets done loading and then show up. However, this puts a gap at the bottom of the screen and they are essentially hidden behind the next group because of the gap left at the bottom of the screen. If I use Relative to Device, they work great…with the exception of Android. Android ignores the visibility of the group completely and the buttons load at the top of the screen, on top of my loading screen, and then jump to the bottom after the screen loads. Here is a screenshot: 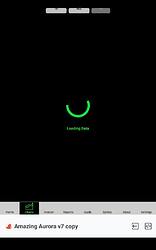 And, here it is after it is loaded: 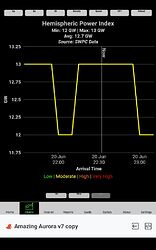 They should NOT be visible at all while the screen is loading, but they are. I have only tested this with the Thunkable Live app but, in my experience, this would also replicate to a published version. Anyone else having similar issues?

Just following up, do you have a roadmap/expected date on the update to iOS downloads feature?

Sounds like you may still be experiencing this issue. Can you share a project that demonstrates this behavior with me? I can’t seem to replicate this on my end.

@bleedingedge
We don’t have a hard timelilne yet, though we are hoping to release it sooner rather than later in the year.

I’ll have to create something, @jared. I removed my DnD conversion to finish my next release in StP. The only issue I have now is button text alignment, but that’s not a deal killer. If I get some time, I’ll set up a test project to mimic what I was trying to accomplish.