I give up. I have tried to post two different aab to Google play store and both were rejected because the SDK is collecting some sort of information I am unaware of. After fiddling with it for months, I give up.

Data may not be deleted by user.

Hope this helps someone, because I throw in the towel.

It appears to be ‘Device ID’ at the bottom of the ‘Data Safety’ section. Just had to solve it on 3 of my apps, one of which stores all data on the device but still seems to require this. 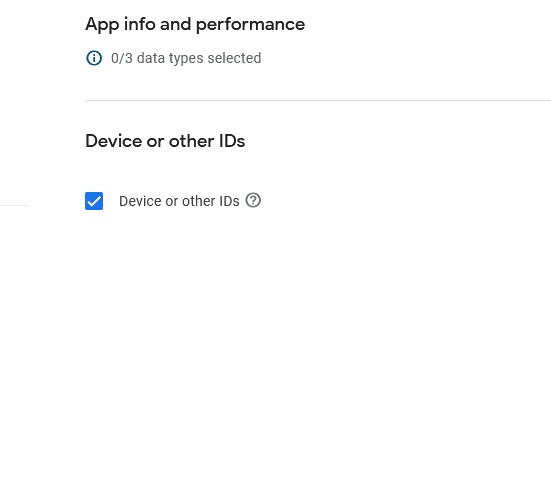 Thanks. That seemed to work.