Clone of a column is not visible

What blocks are you using to copy the column?

Any chance you can share a link to your project?

I use the attached blocks. 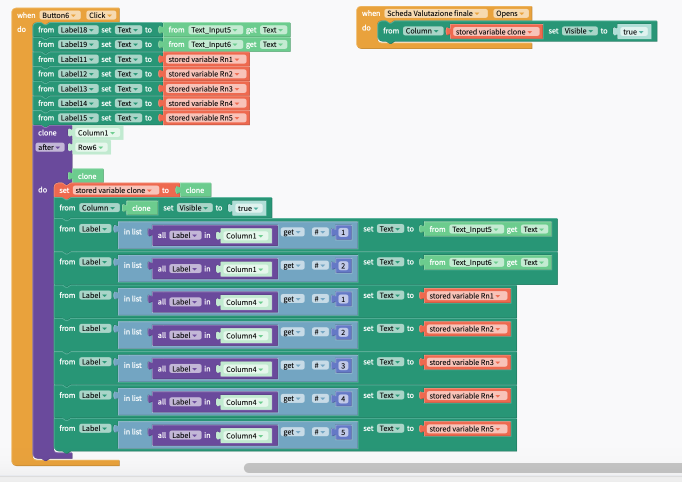 The cloned column gets created when the button is clicked. But if you navigate to a different screen and then back again, it’s not going to re-create the cloned column because you don’t have a clone block in your When [screen] Opens block. You’re telling it to be visible but it doesn’t really exist yet at that point.

The screen in which there is the clone button is “Screen2”.
The path is Screen 1 then by clicking a button go to “Screen 2”. As @tatiang said: The cloned column gets created when the button is clicked (in Screen2). But if you navigate to a different screen (Screen1) and then back again (in Screen2), it’s not going to re-create the cloned column because you don’t have a clone block in your When [screen] Opens block.

Can you explain in blocks what do you mean with “use a column instead of another screen”?Thanks!

A few other things to consider:

Is column 1 visible when it’s cloned by chance?

I have set Column1 “Not visible” in the project screen because otherwise I have a Column (Column1) that I don’t need. I need the cloned columns not the original one (At least for how I set up the blocks).

Ok make column1 visible. Put it inside of another column named columnHider

Yes, I intend to set those values in the visible cloned column.

I tried but it doesn’t work.

If you remove this stuff

The application works correctly even if I remove what you told me to remove but I don’t see any clones appear when I reload the page [navigate to a different screen (Screen1) and then back again (in Screen2, where there should be the clones)].

The clone function acts weirdly and the best solution its to add a data viewer list and import the format you want.

I tried but I don’t know what value to put as RowID. See the Blocks attached. 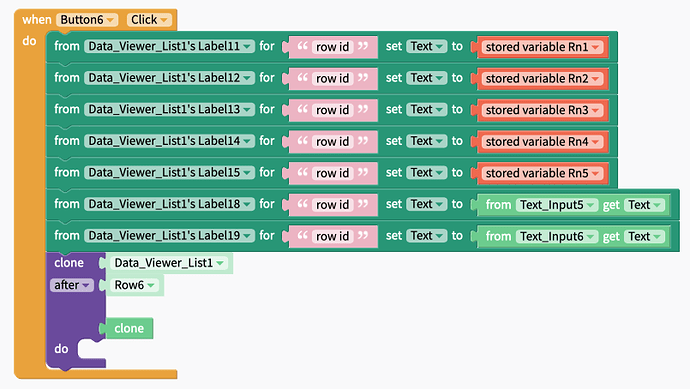 U can check out here: 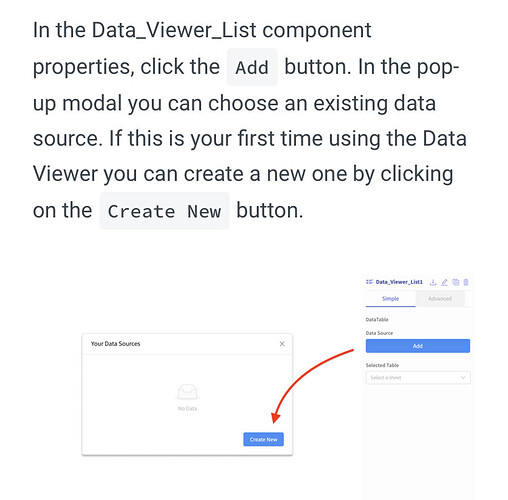 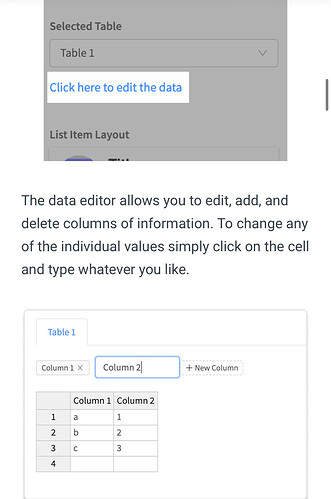 What is the data source your trying to bind your clones to?

Check this Json out

This feed comes from an api i use

Here are the blocks that I use to make clones from that feed. 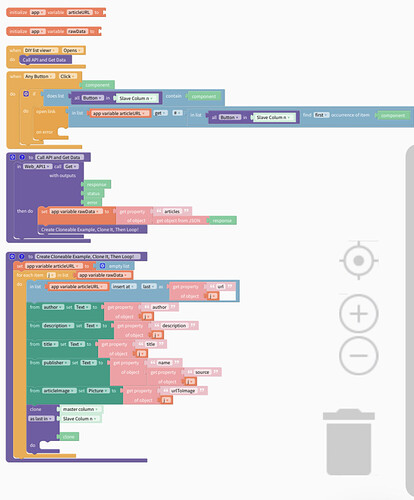