I’m going through a tutorial on signup/signin, and for some reason one chunk isn’t working (attached). 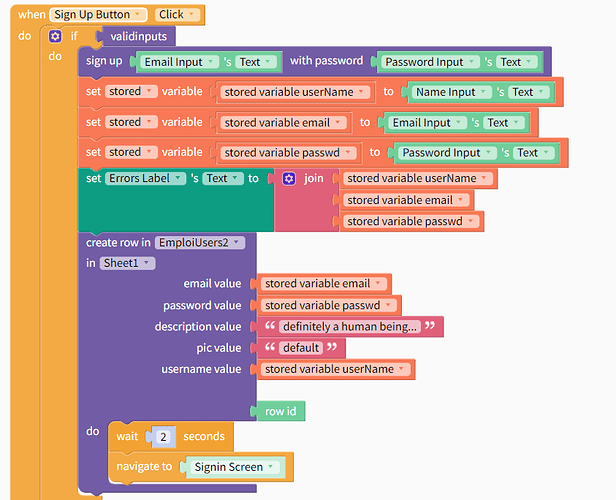 Once again, I’m sorry I’m new, but I do learn fast! New tools and all that!

Your set variable blocks are wrong. You used the first block below which requires a name (text string) for the variable. Instead of giving it a text string, you gave it a stored variable. That’s going to complicate things because it’s going to take the value of the stored variable (such as userName) and then use that as the actual variable name. So if your userName is “Jose”, you’re then storing the user’s text input in a stored variable called “Jose” which doesn’t actually exist.

I’ve probably confused you at this point so let me try to make it clearer. Use the second block below to set the variables you want. Don’t use the blocks that display “name” as in the first block below.

Nope, got it! It’s because the tutorial’s images were different than the UI, so I was trying to divine it and got it wrong. I’ll do this, but I’m sure it works!