So, I made a screen where you can select what kind of music you want to listen while playing… I set that If you choose another song the other will stop, there is also a button that stop every song… everything is working well except one thing… if I leave the window, going on another panel, when I come back I can’t stop the music, I can start another one but then 2 songs will be played at the same time… any way I could fix that? 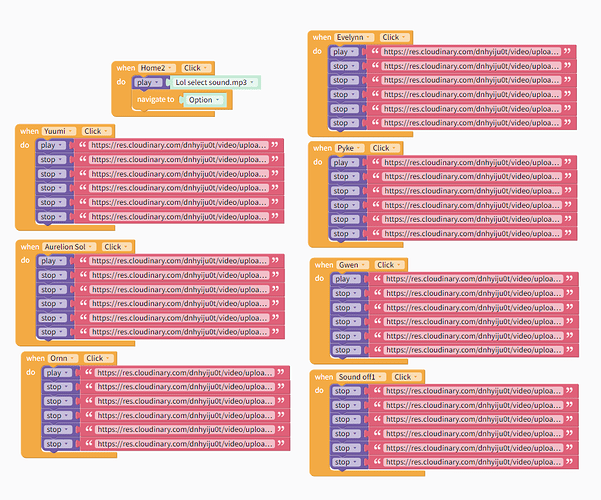 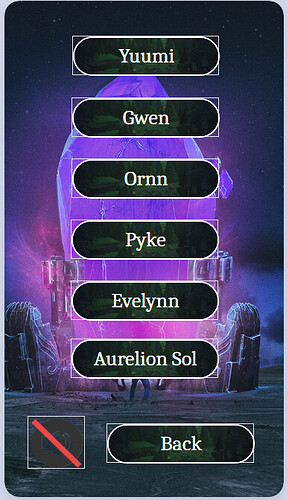 What happens if you add a block that says when screen opens, stop [all sounds]?

I did 2 things but seems like none of them are working, when I open the screen and when I press the button that will navigate to the music selection page

I am still trying to figure it out how I can solve this but it seems nothing worked so far, I guess I will just take out the option of choosing the song in that case xP

Can you share a minimal example that demonstrates this behavior?

This is a video example, if I start a song and I stop it while I’m in the screen it’s working, but if I pick a song and then leave the screen I can’t stop it anymore but I can play another one on top of it…

Unfortunately, a video of something going wrong is almost never helpful in determining why it’s happening. It is helpful for us to see the effect but we’ll need to have a link to the project or at the very least screenshots of the blocks you’re using to play and stop the sounds. 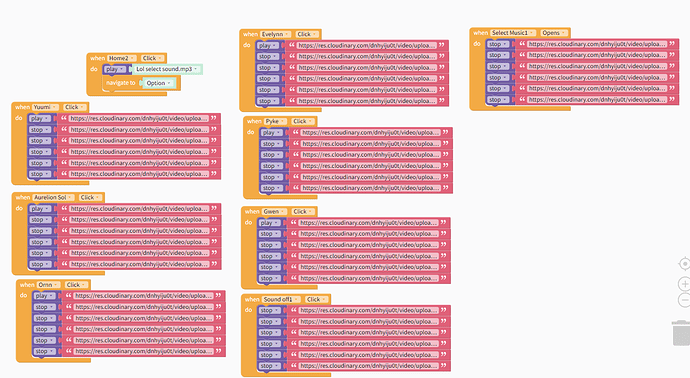 image1469×806 215 KB
That’s the block screen, when I press on another music the other should stop

This one is from the option menu, when you press on select music button all the songs should stop… but it doesn’t
mantarosiegabrielq55 August 22, 2022, 2:51pm #9

And that’s the project link - Thunkable

It seems like it’s working, at least in a web browser. When I click Back and then click Select Music, it stops all music from playing.

That’s weird, for me isn’t happening, I also test it on my phone on the app and isn’t working there also xP

Hmm, is there any bug or something that I could change? I could try to make the music selection screen first screen, then you can enter again there from options, but that won’t be very aesthetic xD