@brianl @conroy @cassandra
I opened a topic about this back in September and thought the issue was fixed, however it’s not. The bug still exists and it crashes my app as well as the thunkable live app everytime they are opened.

If I go back to the august update on the thunkable live app, everything works perfectly. Can you guys compare code to see what has changed? This is going over a month now of app crashing and me not being able to test anything. Can we please get this resolved soon?

I have a page called “Map” that contains the map visual elements. However the app crashes before I can even navigate to that page. It crashes upon opening the app. As far as the error message goes, it appears to be caused by the maps.

I’m not sure if it’s just for Android or for both Android and apple. I have a Google pixel 7 pro currently. However the same bug exist on the Samsung note 10 and the moto x 2 devices that I’ve tried it on.

The thunkable live version that works is 331-2. Any version after that is nothing but bugs.
Here is the link to the last non-buggy thunkable live APK: 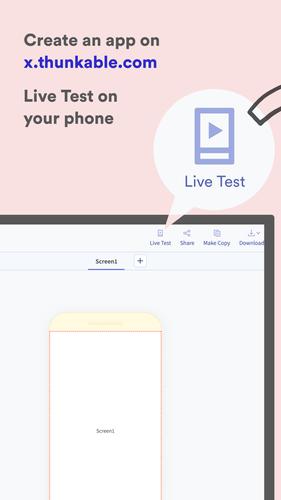 Download Thunkable v331-2 APK for Android from APKPure. Use the Thunkable app to Live Test your apps as you develop them

Here is the link to my project:
https://x.thunkable.com/projectPage/6302cad2af21e70ff335e8e4
I’ve attached screenshots of the error messages.

I’m not sure what it is then… But it’s definitely crashing.

Will it crash if you open it, go to another app like Google maps, then open thunkable live again? See if it will crash then.

go to another app like Google maps, then open thunkable live again

I just did. It works OK.
Could the problem be in the BLE connection? Of course I do not have the tracker device but I kept the Bluetooth ON just in case.

I don’t get it. I wish someone else could replicate it. Perhaps it could be when I’m connected to the device through Bluetooth. But I can’t even get to the homepage to connect to the device. So I don’t think it’s the Bluetooth.

On an iPhone 11, I can open the app and tap on the Maps icon at the top. It doesn’t crash for me.

What versions of iOS or Android are you testing on?

I’m testing android 13, 12, and a modified version of android 11. Those are the versions on the 3 different android devices.

@tatiang it seems most people can’t replicate the issue. I don’t know why. There is definitely an issue tho. I attached the crash messages. Like I said, when I set all the maps to visible, I don’t get the crash. So it’s something to do with the map layouts and something triggering that bug. Maybe the Bluetooth, maybe a loop glitch. I just don’t know.I feel like It’s something in the actual coding of these blocks and not a logical block error on my part. (At least from all the trouble shooting I’ve already done). So it’s something the developers are going to have to fix. I just know the august version (331-2) is the only one that works for me.

That sounds very frustrating. I know it doesn’t help much to hear people say “it doesn’t crash for me” but since you asked about Apple devices, I thought I’d at least chime in. Hopefully Thunkable Support can help with this one.

It is frustrating for sure. But I think it’s still helpful even if it’s not crashing. Maybe that can help narrow it down. Because what process is different between you and I? It’s the Bluetooth in general for one, and for another the state of connection to the tracking device as well as when the loops are triggered to run in my block code.

So just my logical thinking, the glitch might be triggered by either Bluetooth (not connected or connected), a process in a loops statement that doesn’t like the Bluetooth or the maps, or just a weird glitch in the android versions that I have.

On the thunkable live app I can’t get past the opening of the app. However in the actual app I downloaded onto my phone in the middle of October, I am able to clear the storage data in the app to make it work. But as soon as I go to another app and then get back into mine, it crashes. After I clear the storage data, and try to reconnect, it says it can’t find the device that I’m trying to connect to. That’s when I turn my Bluetooth off or power the tracker on and off to reset the Bluetooth connection. It will then be able to reconnect. It’s just a very annoying and time consuming process.

Let me add some comments here

In Thunkable, navigators initialise all screens at once and therefore you will never know which screen is the cause of the error. You need to take all screens off the navigator and test them one by one to localize the error.

This is actually really helpful. I didn’t realize all of that. Thank you. I’ll debug today after work.

@muneer is there any update as far as them being able to fix the maps visibility issue?

I’m sorry for the late response. I am away in a business trip and did not have enough time to check the messages.

The only safe way for your issue is to keep all Map components visible and use the size to make it the smallest possible to hide it or use the position and shift it out of the screen viewing section. Change the size/position as required when you want to show the map.

@josh.pilot538 There is a fix that will be released for this soon. Thank you for being patient.

That’s good to hear, thank you for letting me know!