Different Thunkable versions, how is this possible?

I’ve already seen a few tutorials where thunkable looks very different. I kept thinking it had to do with the old version and new x.thunkable version, which I read about from time to time.

Now I downloaded a project from a fellow thunker and the GUI looks very different too. In design there are some things that I miss in my own projects. I would certainly like to be able to use the layout objects as well, and in the downloaded version there are many more adjustments that you can do in options. What strikes me, however, is that in my own projects there are more blocks at my disposal.

For clarity, see my various screenshots. 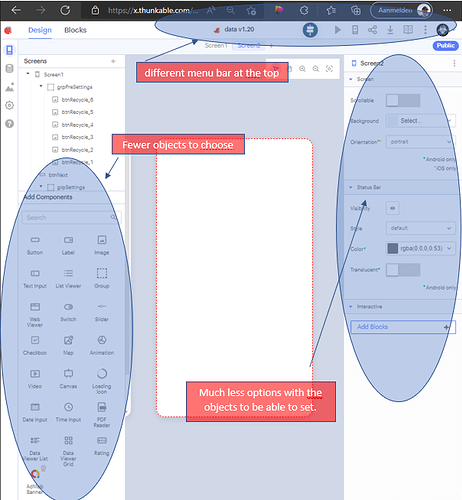 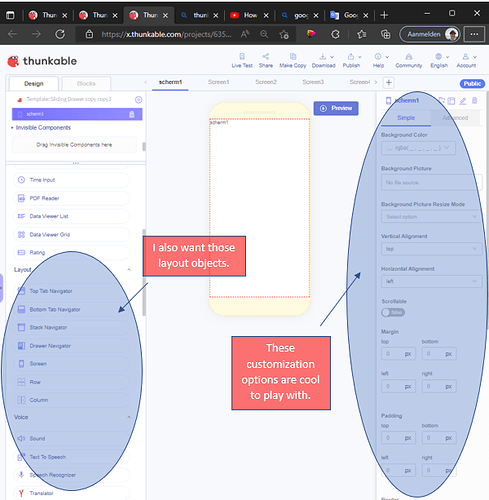 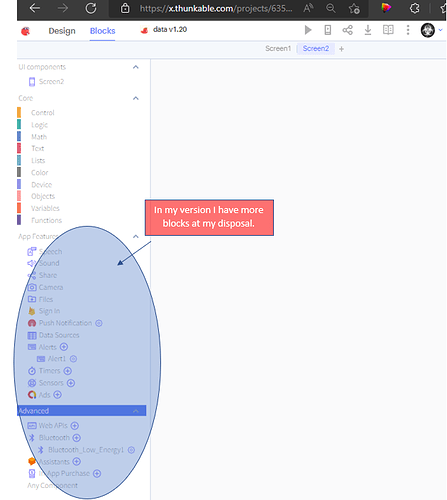 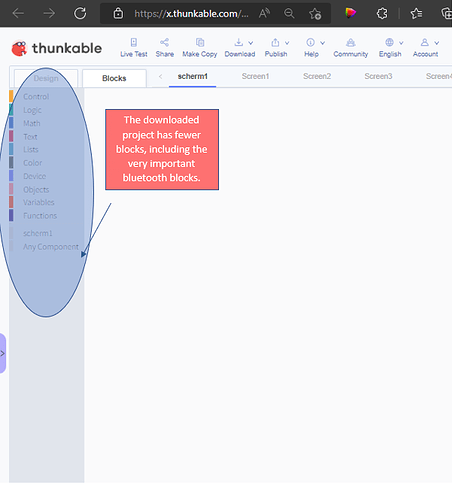 There are in fact several versions of Thunkable available. The default version is called Drag and Drop (DnD). This allows you to drag components to different positions in the Design Tab. The older version which has a few more features is called Snap to Place (StP) and does not allow you to re-position components easily on the Design tab. Rather, you have to be creative with containers such as rows and columns or by manually changing the x/y position values of components.

So yes, you may see older videos that show the StP interface which can be a little confusing. Bottom line, if you don’t see something you need, post a screenshot and someone here can help you find it (if it exists) in DnD.

Also, this documentation page might help clear things up a little.

Thanks for clarifying things, you are super helpful.

II’m still stuck with an idea…

I really want to show my images in the app in percentages. Just like it’s often done in web design, when a large screen is used, the images blow up a bit and the positions are also adjusted based on screen percentages.

That downloaded version from a co-developer I intend to use the copy as a themeplate for my app. This gives me more layout options, including percentages. I also found out that bluetooth-BLE does work if I first add bluetooth in the design. So it works a bit the same as with MIT inventor, bluetooth will appear as an invisible object that you can fool around it in the blocks.

All of this will work fine, but…
question: will my project stay thisway (with extra layout from early version of thunkable) or will it loose those nice percentage layout things over time as they upgrade thunkable??