Hello Lovely Thunkable Users, i want to humbly share my new Language Translator App with you.

Screenshots of translator App Below:

Really nice, I made one of these but it was a simple one.

nice app you made there. Some feedback suggestions / feedback from me:

but I would change/improve a few things:

Keep up the good work

Thanks for the Feedback @Chris

I want to know what system you used to translate .yandex or which?

could you help me
how you made the language swap button?

Bro could you send the link of this app you made since i am having a lot of problems making a translator app on my own…I know i sent this message 2 years late so, sorry

The link to the app on Google Play is available in the first post.

However, if it’s the aia you want that’s probably unlikely as the developer would have also provided it or mentioned how you can get it.

@shreshtdugar23oct-23 - we have a Tutorial on building a translator built directly into the platform, it’s the second thing we recommend you build: 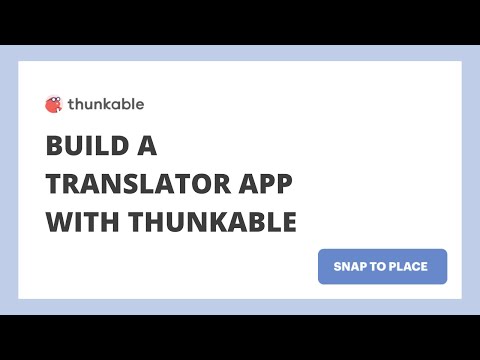