[Solved] How to trace execution in Thunkable

In MIT inventor app I used the following block

image740×180 6.61 KB
and I inserted ShowAlert to tell me where I was in the execution process. This is same as putting printf() statements in C++. Could some kind soul show me how to do it Thunkbale. I experimented with Alerts but they do not work like ShowAlert, I want the error message flashing independent of the blocks on the Screen. Just as in MIT inventory app.
tatiang December 2, 2022, 5:14am #2

I thought I’d share a process I use for debugging my projects. It involves creating a function that can be used over and over throughout the code blocks in order to help determine where things are going wrong, whether or not certain blocks are ever triggering, and what the values of several variables are. Here’s a screenshot of what I’ve set up: [Screen Shot 2020-09-25 at 12.39.27 PM] The real power comes from being able to quickly change the delay (and even set it to 0 seconds) or just remo…

Cool thanks a lot. Very neat idea!! Will try it out. Thanks again for the prompt answer

Mine is a free version of Thunkable not Thunkable X. 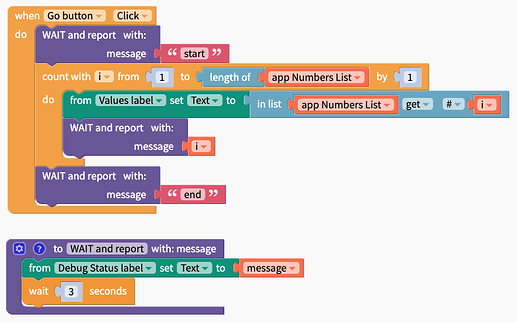 Click the blue gear icon and drag a block that appears in the pop-up to add variables to a function.

Thunkable X is the current version of Thunkable that everyone uses regardless of subscription.

Please watch the video in the link I posted. It will show you how to set up the blocks for debugging.

Sorry to bug you so much however much I Googled and played with Thunkable I could not get the “from” I have it all as “set”. What is the magic click? Mine looks like this: 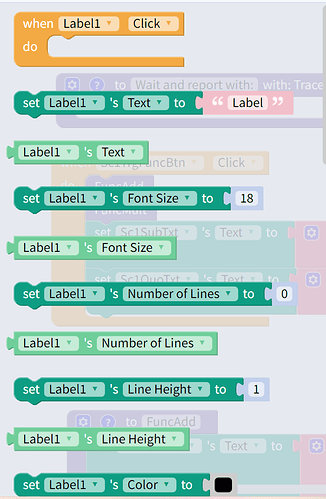 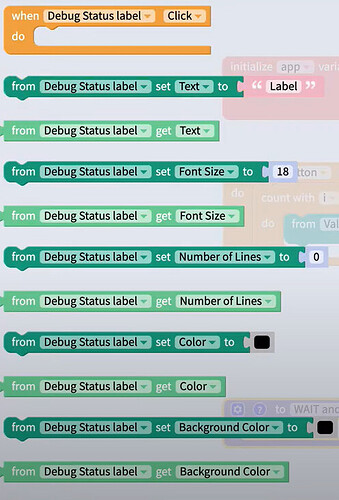