+ and - button not working

I have a plus and minus button to add and subtract from a saved variable.
however when I click both nothing happens.

here is a screenshot

any help would be appreciated.

The problem with your blocks is that you used a variable block as the name of the variable. It’s expecting a variable name as a text string but you gave it a variable that has a numeric value instead.

The simple fix here is to use the Change Variable By block. But for future reference, avoid the set app variable " " blocks.

Use the block here: 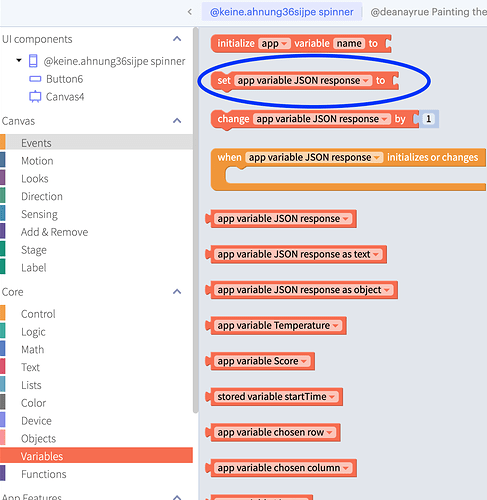 But for future reference, avoid the set app variable " " blocks.

Once you learn to harness these variables you’ll like them. I’d stay away for now and learn to use the others instead like @tatiang suggests.